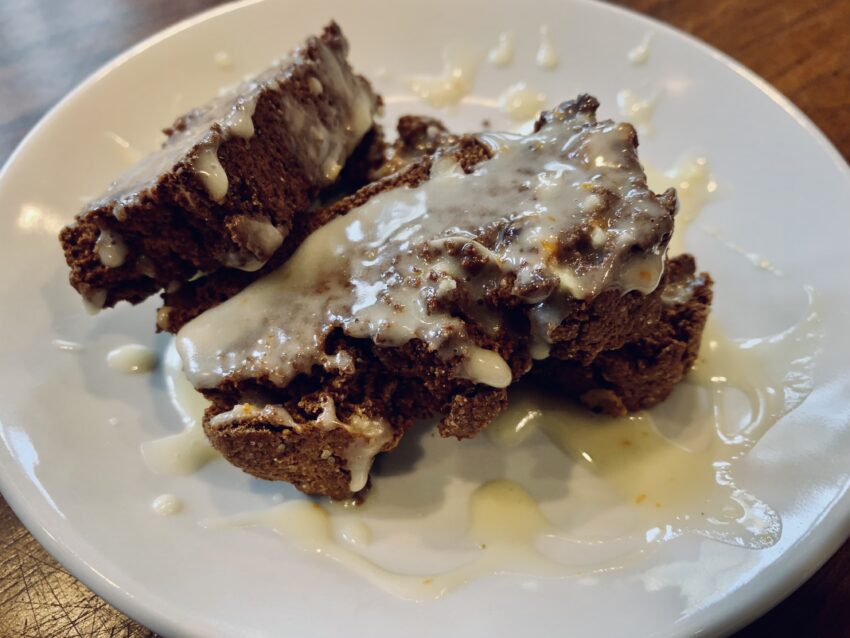 As a child I loved to create pies with my Grandma Joan, but quite frankly I don’t have the patience anymore for the nuances of dough. On the contrary, I enjoy experimenting with cookies and biscotti, especially this version of Apple Pie Biscotti with Ginger Orange Glaze.

Apples originated in Asia and arrived in the Americas with the European colonists in the late 1600s. Apple pie recipes, on the other hand, date back to 1381 in England. Today many people assume that apple pie originated in America. However, it was not until 1796 that the first American apple pie recipe appeared in the American Cookery book by Amelia Simmons. Pies and apple cultivation were so prevalent, that colonists, revolutionaries, and the Founding Fathers often consumed pie for breakfast, lunch, or dinner.

Over time, apple pie began to define the spirit of American culture. Matt Siegel in the Secret History of Food summarizes this point perfectly; “pie is immoderate, overindulgent, unrefined, and potentially inflammatory, but so is America.” During World War II, soldiers responded with the phrase “For Mom and Apple Pie” when asked why they chose to fight. This phrase definitely cemented apple pie as a symbol of all the good things in American life. All I know, is that there may be a few fights and arguments in my house over who consumes the last of these delicious cookies at Thanksgiving!

About the Recipe: Apple Pie Biscotti with Ginger Orange Glaze

Biscotti cookies bake twice to capture that perfect texture and crunch, but don’t be daunted by this step. The dough easily mixes in one bowl in less than 8 minutes. After shaping the dough into a log shape, bake in the oven for 35-40 minutes. The biggest mistake I usually make is not allowing the biscotti to cool completely between the first and second bake. Once the biscotti cools, use a serrated knife and cut into slices just like bread. If you get impatient (like me) and don’t wait long enough you will have a delicious but crumbly mess on your hands.

Bake the biscotti for 15-20 minutes a second time and whisk the easy glaze while waiting. Adding ginger and fresh orange juice to the glaze truly elevates these cookies with a perfect zing. Once the biscotti cools paint each slice with glaze and allow to dry. Leftovers freeze extremely well for a quick dessert or a perfect pairing with your afternoon espresso. 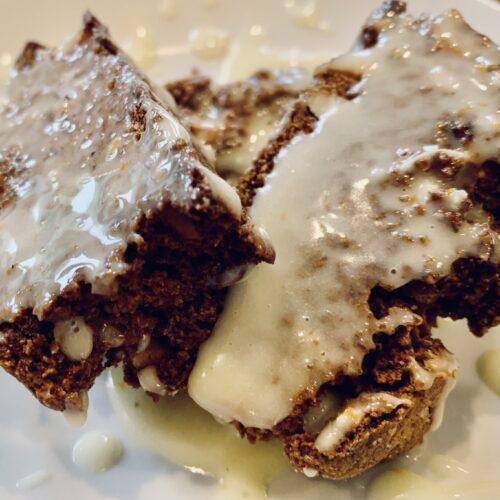 If you enjoy making cookies try some of my other Ultratruffle favorites; once bake and one bowl chocolate chip biscotti cookies and fig, chocolate chip, hazelnut biscotti with orange zest.