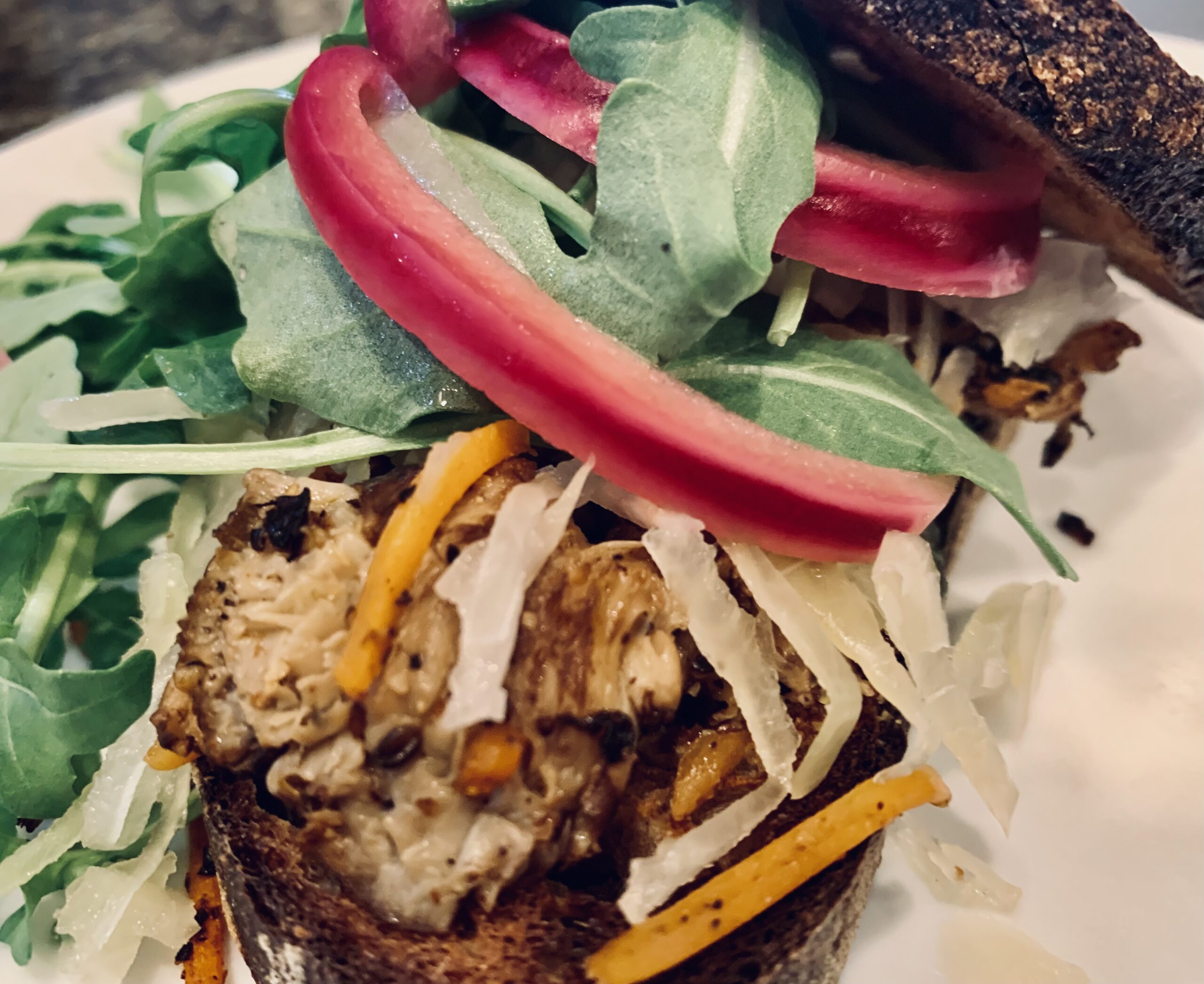 As a college student, my dormitory mates and I always looked forward to Thursday night TV. On Thursdays, new episodes of Friends, Seinfeld, and ER would air. We would all gather in Lisa’s room to enjoy our favorite episodes of “shows about nothing.” While working on this recipe and post, I remembered a Seinfeld episode, where George tries to combine his love of food with his love life. His girlfriend breaks up with him after he is caught eating a pastrami sandwich from the nightstand during an intimate moment. This recipe for Mushroom Pastrami Sandwiches on Rye, inspired by a classic, is definitely nightstand worthy. But, don’t get caught!

Sussman Volk is credited with the first pastrami sandwich on rye, in 1888, which was served at his deli in New York City. Legend has it that Mr. Volk allowed a Romanian immigrant and friend to store meat in his freezer. His thankful friend graced him with the recipe, which Volk began to serve at his deli. This classic sandwich would come to define a typical New York deli. Traditionally, pastrami sandwiches are seasoned beef served on rye bread with mustard accompanied by a pickle.

About the Recipe: Mushroom Pastrami Sandwiches on Rye

For this Ultratruffle dish, I veered from the traditional ingredients by substituting shiitake mushrooms for the beef and crafting my own pastrami-like seasoning. The spice mixture comes together in 5 minutes in the blender. Simply cook the seasoned mushrooms in some olive oil and build your own masterpiece. Slather some toasted rye with mustard and top mushrooms with pickled red onion, sauerkraut, and peppery arugula greens.

Looking for some other great sandwich ideas? Try these Ultratruffle favorites: