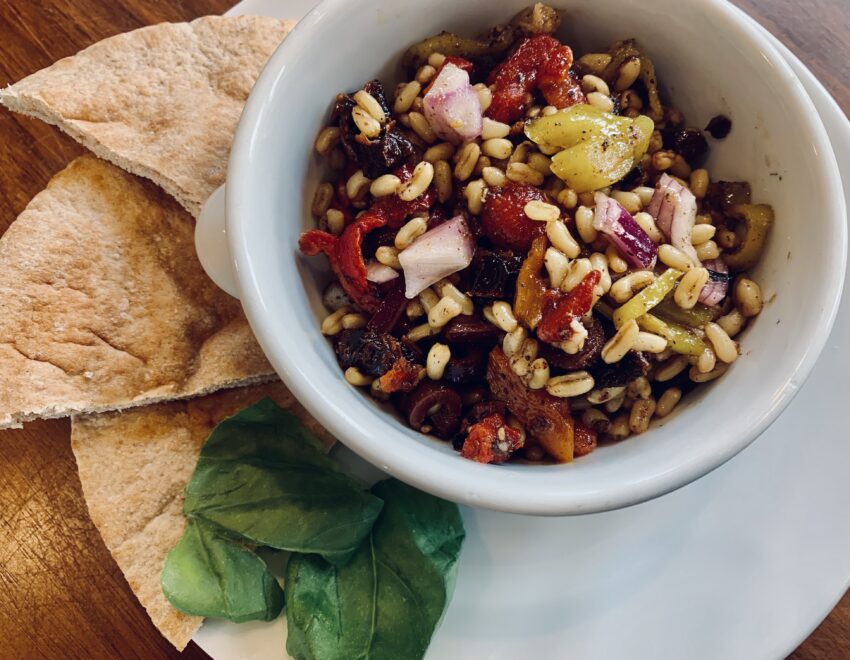 Approximately 12,000 years ago, humans began to shift from a mainly hunter-gather existence to early farming. Historians refer to this transitional era as the Neolithic Revolution or the first Agricultural Revolution. Even though history books will not record this recipe, my ancient grain Greek salad bowl will definitely revolutionize your weekly meal preparation!

Several groups of humans developed early farming and crop domestication around the same time, especially in the Fertile Crescent area. Some of the first crops domesticated include what we now know as ancient grains. Ancient grains have not been significantly altered over time through selective breeding. While the exact list of ancient grains is up for debate, most scientists agree on several wheat types (spelt, Kamut, einkorn, and emmer). Also included in the list are millet, barley, oats, teff, sorghum, quinoa, amaranth, buckwheat, and chia seeds.

This recipe is easy to assemble and customize. Simply add your favorite cooked ancient grains (farro, quinoa, kamut, work very well) and ingredients you have on hand. Right now, tasty fresh tomatoes are not in peak season where I live. Adding sun-dried tomatoes gives the dish a boost of umami. Some of my other favorite ingredients include olives, diced red onion, pepperoncini, cucumber, and roasted red pepper. Simply season with oregano and basil or try za’tar and sumac. Serve over your favorite lettuce greens!

Lately, we have been making a big batch on the weekends and packing individual portions for a quick, healthy, weekday lunch.