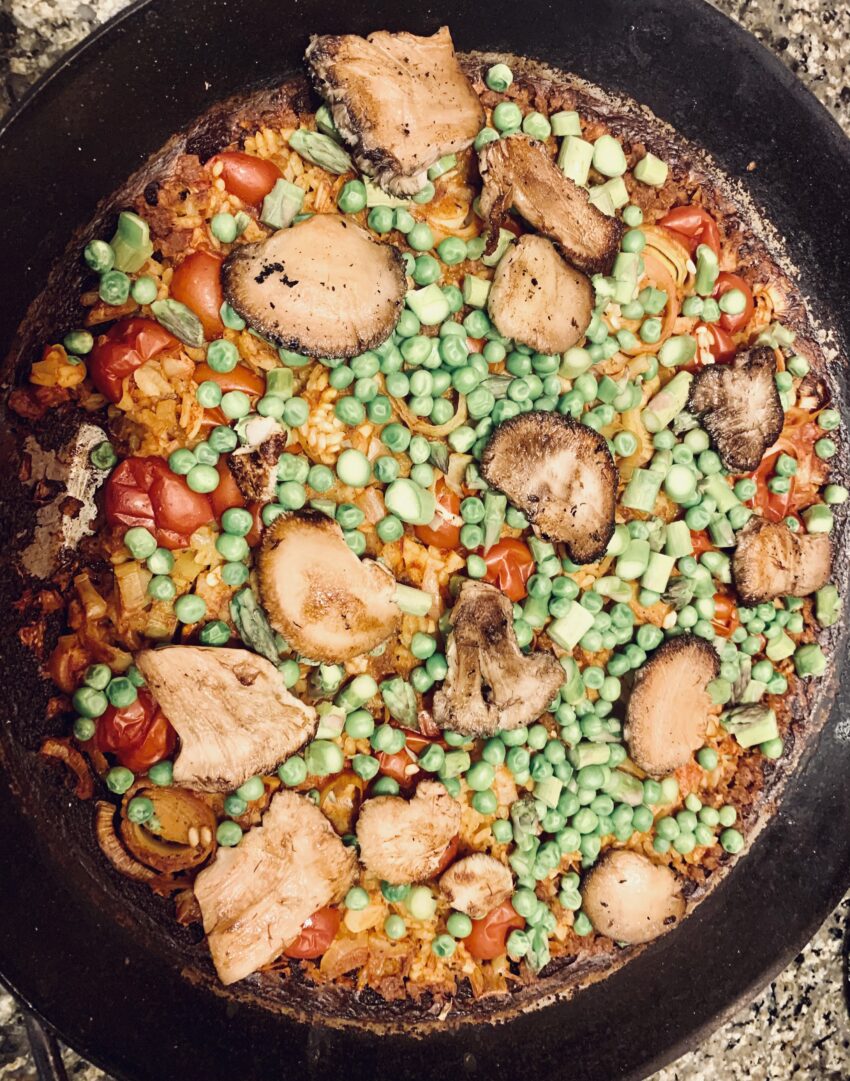 When it comes to naming vegetables, mushroom species definitely take the win for creativity and variation. Common mushroom names conjure up great visual images! In this version of vegan mushroom paella with chorizo, I chose Lion’s Mane mushrooms. Due to their strange appearance, people refer to lion’s mane mushrooms as hedgehog, monkey heads, bearded tooth fungus, and pom-poms.

Lion’s mane mushrooms grow in the wild in late summer through the fall and are also cultivated. They have a long history in traditional Eastern medicine and today are believed to confer many health benefits. However, clinical studies for exact benefits still need to be conducted. One of the areas that I am most interested in seeing study results is for protection against dementia. In the meantime, I will happily cook and enjoy these forest delicacies.

About the Recipe: Vegan Mushroom Paella with Chorizo

Paella consists of two essential ingredients in my opinion: rice and saffron. The rest is up to the chef! Bomba rice is the best type to use as it absorbs so much liquid and flavor, three times its volume!  Saffron gives paella its signature color and amazing flavor.

Inspired by some of the flavors, especially the spicy heat, found in Portuguese seafood stew, I decided to whip up a paella dish. Lion’s Mane mushrooms have a meaty texture and a shrimp/lobster flavor, making them a perfect candidate to replace seafood. In order to keep the recipe vegan/vegetarian, I chose chorizo seitan (a wheat product). One of the many reasons I love paella is vegetable versatility. You can use whatever you have on hand that complements your ingredients! Feel free to use your favorites and other items that may be lurking in your vegetable drawer. The recipe below describes our latest foray with paella.

This is my favorite rice to use for paella. I love the flavor and texture. 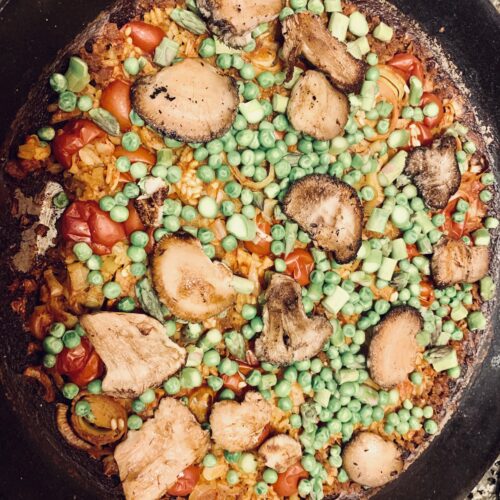