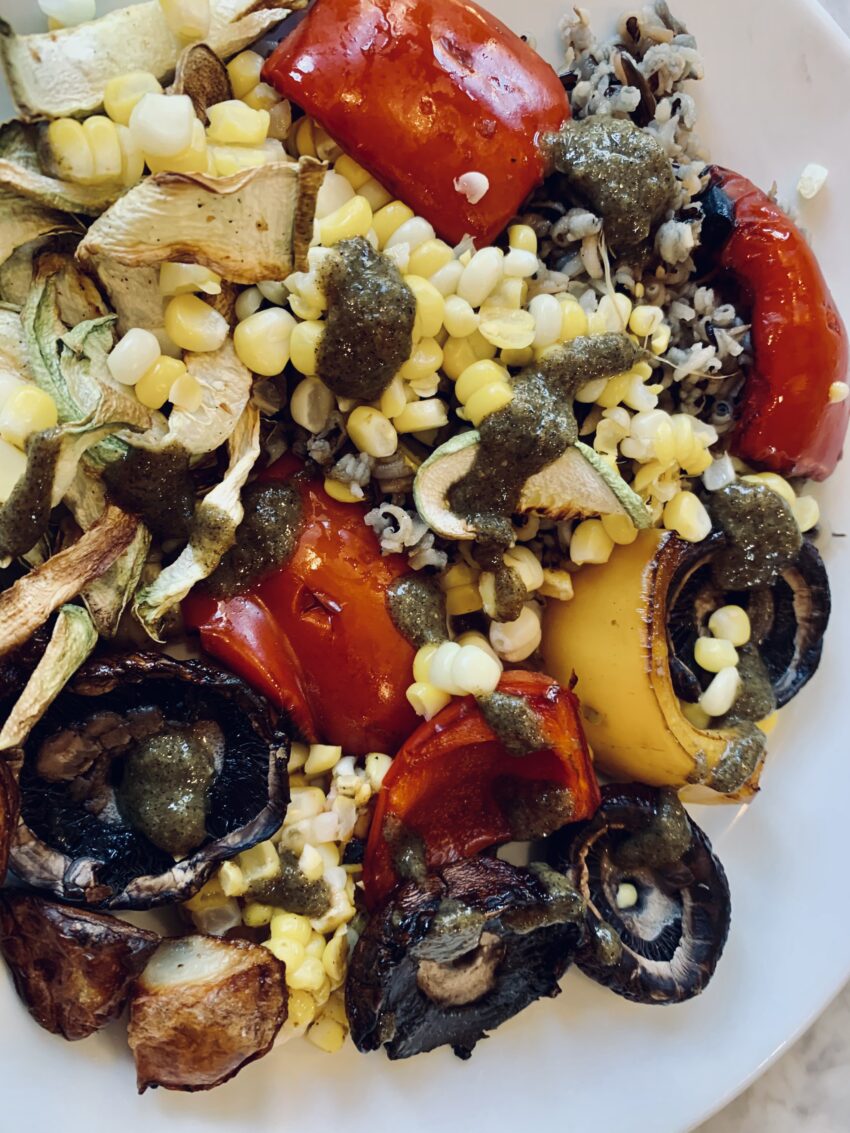 I believe almost all of us could identify a scallion or a green onion, but did you know they are also known as spring onions, sibies, or a Welsh onion? Given these names, one might think that scallions are a native species in Wales. However, the term Welsh onion, actually stems from the German word “welsch”, meaning foreign. While, scallions are native to Asia and appear in Chinese medical documents approximately 2,000 years ago; they did not make their way to Europe until the 4th century BC. Thankfully, scallions eventually traveled to North America and star in my recipe for Grilled Scallion Vinaigrette.

About the Recipe: Grilled Scallion Vinaigrette

One night, I was planning on grilling some fresh corn on the cob, bell peppers, mushrooms, and half an onion I found in the refrigerator. It was my feeble attempt at cleaning out the refrigerator at the week’s end. While foraging in the depths of my vegetable crisper, I happened upon a beautiful bunch of fresh scallions from my CSA delivery. I decided to throw those on the grill and blend them into a tangy sauce to top the grilled vegetables and potatoes roasting in the oven. It turned out to be a delicious and easy experiment.

Grilled scallion vinaigrette is a great topping for grilled or roasted vegetables, mixed greens, as a burger topping, or for dipping raw vegetables and pita bread. 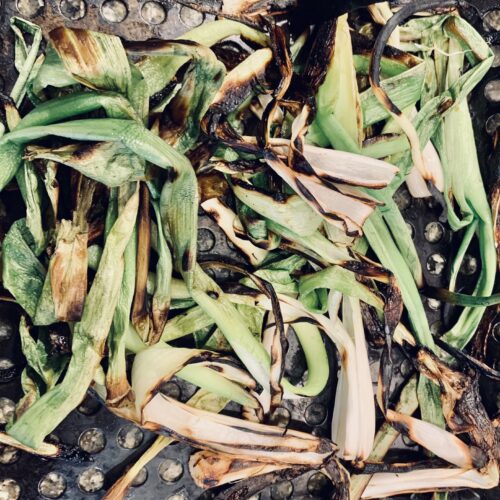 Serving Suggestions: serve with grilled vegetables such as bell peppers, potatoes, mushrooms, corn on cob, asparagus, cauliflower, as a salad dressing for mixed greens, or as a dipping sauce for raw cucumbers and tomatoes.

Looking for some other great vinaigrettes? Try these Ultratruffle favorites: