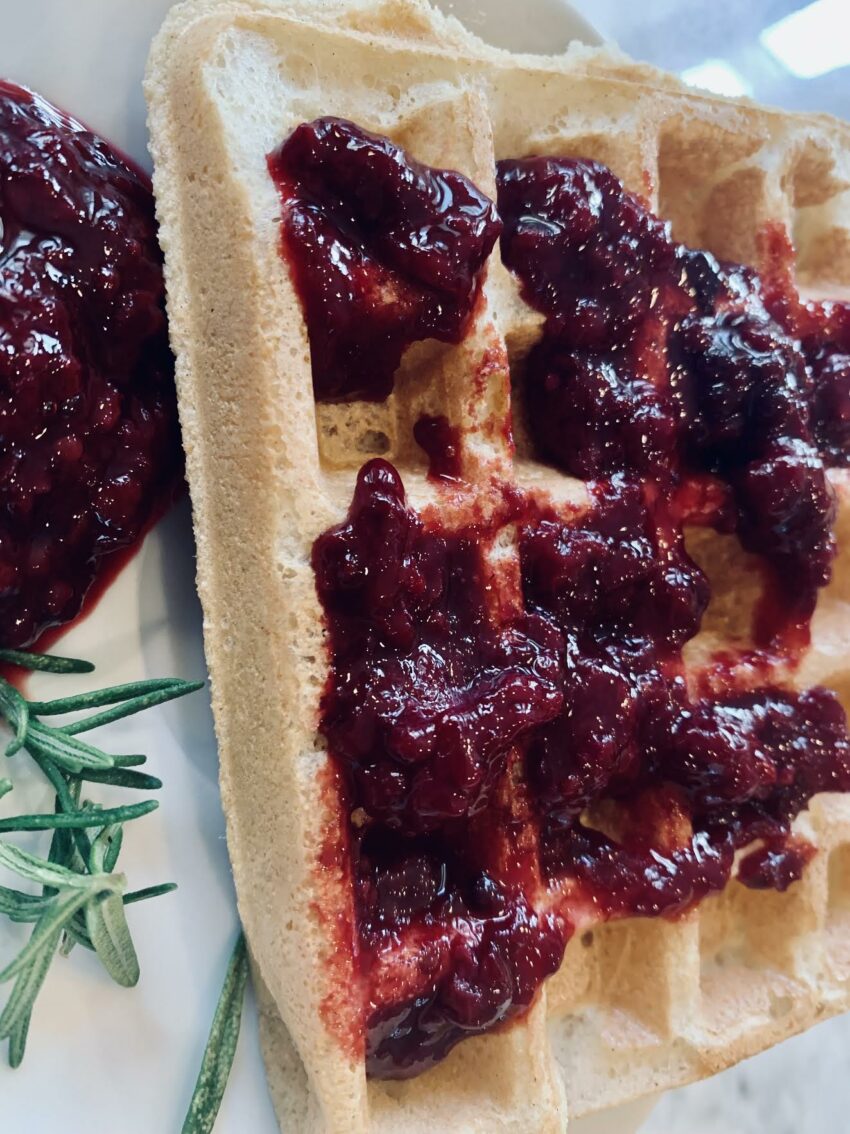 Historians believe that waffles likely originated in ancient Greece. Early waffles, named obelios and shaped like flat cakes, were cooked between two heated metal plates. This tradition and recipe slowly made its way to Europe. People in the 9th century developed iron plates with extended handles, known as oublies or wafer irons, to cook a flour and water batter. Over the next few centuries, cooks incorporated honey and other flavoring ingredients to the batter. By 1270, an oublieurs guild formed and members produced the cooking irons and some light pastries that eventually evolved into waffles. Eventually, waffles made their way to colonial America with the pilgrims. However, it wasn’t until 1906, that the first electric waffle iron was manufactured and home cooks have been experimenting ever since!

About the Recipe: Blackberry Rosemary Jam

Everyone in my house love pancakes and waffles and each of us have our favorite toppings. As spring and summer arrive, we enjoy berry picking. Nonetheless, every year we forget how big the berry buckets are and pick more fruit than we can consume before spoilage. However, a surplus of berries often leads to a fun recipe, like Blackberry Rosemary Jam.

Incorporating rosemary, balances the sweetness of berries and honey, rounding out the flavors of the jam. Pair with some easy, fresh Belgium style waffles and you have a delicious brunch worthy breakfast! In addition, Blackberry Rosemary Jam also makes the perfect companion for toast, ice cream, oatmeal, or wheat berries. You can even add it into smoothies! Better yet, this versatile batter may be used in a waffle maker or cooked into pancakes on a griddle. 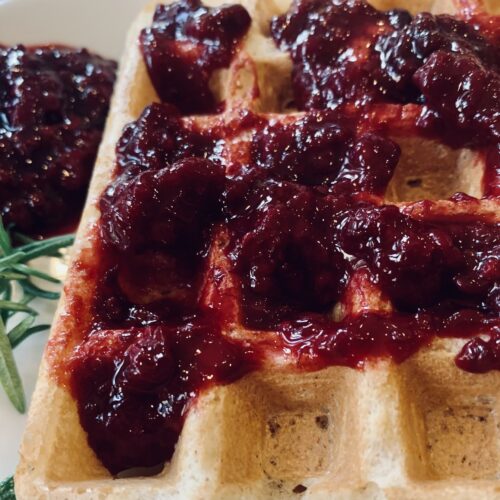 Looking for some other great jam recipes? Try these Ultratruffle favorites: