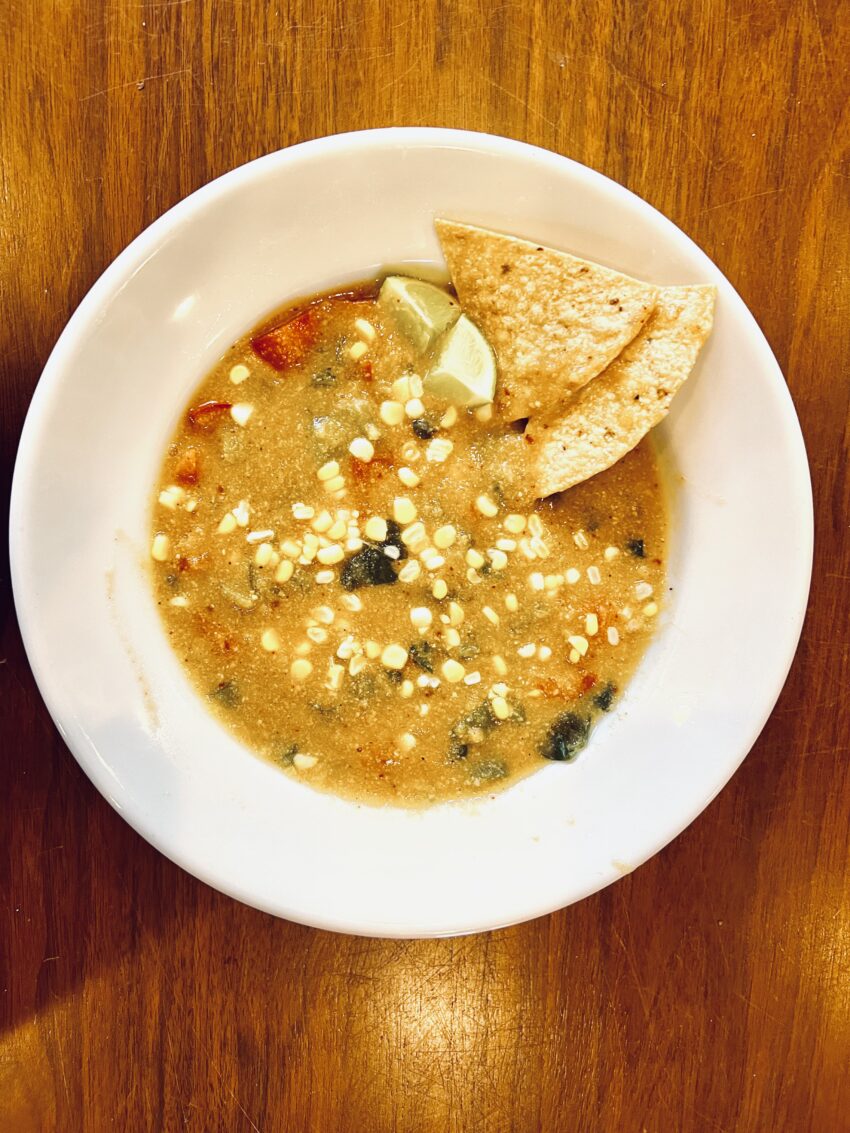 While conducting research, I wondered what defines a soup as a bisque or a chowder? Both tasty concoctions boast a creamy soup as the final result; however, they do have a few key differences. Chefs blend a bisque until they reach a smooth, silky texture. On the other hand, a chowder’s end result remains chunky. In comparison to chowder, bisques typically contain seafood that is cooked twice (or bis cuites from the French words meaning twice-cooked,) and a much higher content of cream versus stock. Nevertheless, both bisques and chowders often eliminate seafood altogether and be composed entirely of vegetables, like my version of Harissa Spiced Corn Chowder.

Variations of chowder, derived from the French word for cauldron, eventually made their way from France to Canada and New England. However, it was not until 1884 that the USA saw its first published recipe for corn chowder in the Boston Cook Book. Today, a multitude of chowder types and ingredients exist. Unlike the first US published recipe for corn chowder, my version contains only vegetables and stock and foregoes the salt pork and heavy cream!

Enticed by the beautiful produce, I frequently purchase more vegetables than I need at my local farmer’s market. I often end up with a leftover onion, corn, peppers, or a few potatoes. Thankfully, this recipe calls for a variety of produce and is great way to utilize leftover corn on the cob. Frequently, I roast several ears of corn, remove it from the cob, and store in the refrigerator to make into chowder or salsa the next day.

Even during the peak of summer, I enjoy soup or chowder, especially one that does not need to be served piping hot! Harissa Spiced Corn Chowder tastes fabulous served at room temperature or slightly warmed. Better yet, the recipe comes together in 30 minutes! Simply cook the vegetables for about 8 minutes, add broth, and simmer for 10-12 minutes. Then, stir in corn and blend. While the chowder is simmering, cook the peppers in a separate pan for a few minutes and set aside. Finally, after blending, add cooked peppers, fresh cilantro, and lime wedges or additional corn for garnish. Serve with a side salad and dinner is done! 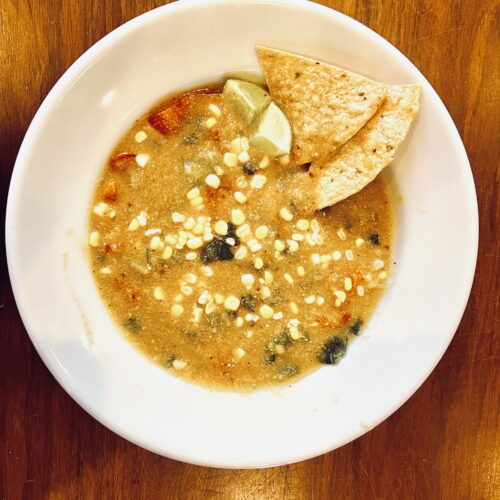 Looking for some other great hearty one-pot soups? Try these Ultratruffle favorites: