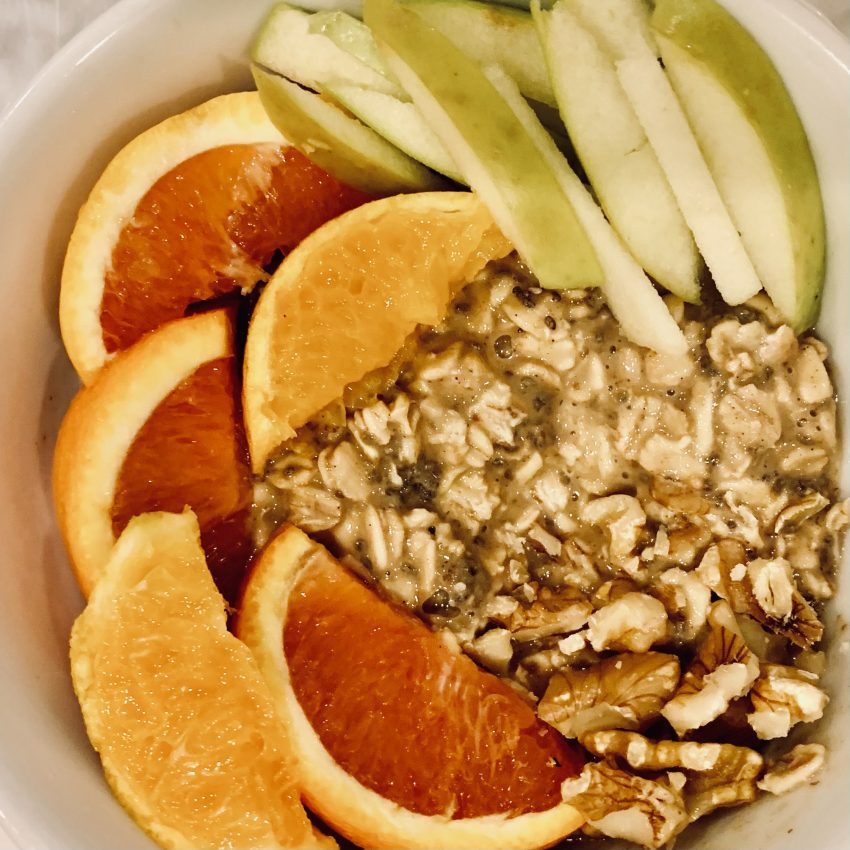 People have been using turmeric for over 4,000 years, most likely originating in the Vedic culture of India. Throughout its long use, Turmeric played an important role in cooking, religious ceremonies, and Ayurvedic medicine. Historians discovered traces of garlic, ginger, and turmeric in ancient Indian cooking pots from 2500 BCE. Over time, turmeric slowly traveled to China, Asia, Africa, and Europe especially along the silk road trading routes. Today, cuisine throughout the world incorporates turmeric, especially in curried dishes, as a coloring agent, in medicine and supplements, and in my recipe for Golden Milk Overnight Oats. (This fascinating chart lists over 50 different names for turmeric.)

Most of us are familiar with turmeric and its golden hue. Turmeric produces a phytochemical called curcumin, which provides the signature yellow color. Many of us have probably stained our hands for a few hours handling the fresh root. (I still have kitchen towels stained yellow from wiping up spilled turmeric powder on the counter!) Besides its signature color, turmeric boasts some potentially amazing healthy benefits. One example is Curcumin, a chemical components in turmeric, that has anti-inflammatory properties. In addition, turmeric is part of ongoing research in the treatment and prevention of cancer and a host of diseases from IBS (irritable bowel syndrome), ulcerative colitis, and lupus (see website).

My latest CSA box from Spade and Clover gardens contained some beautiful fresh ginger and turmeric roots. Therefore, I had plenty to use in some curried dishes and also to make a wonderfully spiced and fragrant golden milk. Golden milk makes a fabulous addition to oatmeal, pancakes, lattes, and baking. Today, I decided to make some golden milk overnight oat cups to speed up those weekday breakfasts! 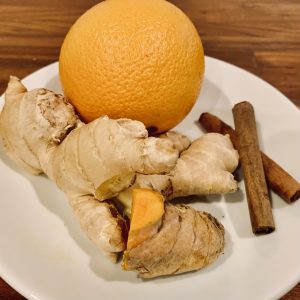 Golden milk can be prepared in advance and stored in the refrigerator for multiple uses. 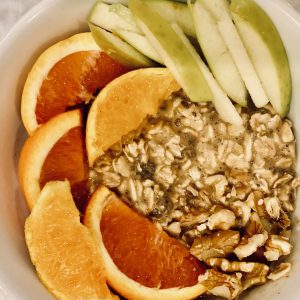 Looking for some other great breakfast ideas? Try these Ultratruffle favorites: